A genetic change can only be expressed through a the generations of an organism. The process of genetic adaptation is slow, almost geologic in it’s time frames. How would an organism gain an advantage?

Tool making is the choice for our species. We use fire to break down food and make it more digestible and to keep us warm in environments we’re not prepared for physically. We use furs and skins, prepared through the use of tools to adapt to more ranges of earths of earth’s climate. As we develop layer upon layer of technology, our ability to inhabit more environments grows. We now venture into environments that we have little or no biological preparation for. The oceans and space are regularly explored by humans, the move into these areas has been rapid and has almost become commonplace.

Our rise as a species that adapts in non biologic ways has permutations that we are still exploring. The use of language allows a relationship with the information our world presents in a  way that is singular amongst the creatures of our world.  Language, it’s syntax and it’s deep capacity for permutation have given us an advantage in the levels of information we can transmit between single individuals, but also between large groups. families, tribes and nations center on language. The advent of the written word has allowed us to cheat our relatively short life spans and pass along the collected wisdom of an individual or group of individuals to the generations that follow. We aren’t aware of another creature that stores experience in these ways.

The perspective on tool making culture forces a review of the computer and computation as a tool. It has some distinct differences on previous tools produced by humans. If we follow the trajectory of stone tools to language to writing to computers, the artifacts we produce are getting more clever. They almost appear to be getting smarter. 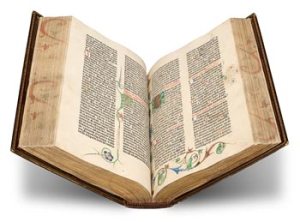 Computers, like language, allow us to iterate on the design we execute, these are tools we can teach. A hammer has limited use outside it’s place as a force multiplier, but we can configure language to shape many ideas and now computers are shaped into many tools. We can take a computer and store information, like a library. We can design objects to ease our labors and produce goods. Computers can look for causes and cures around the illnesses and frailties that haunt us. the list is more lengthy every day.

Is this our new migration as a species? Are we creating new environments as we inhabit them in the digital domain? Our expansion up until now has been physical, I see a move to a digital footprint each of us is adopting in the world everyday. Our phones store pictures and phone numbers and addresses that we might never hope to remember without help. They tie us to a global network of information thousands of times greater than the famed libraries of the world. We post on social media and email at time frames orders of magnitude removed from our physical comprehension.  We do this on a global scale, completely removed from the constraints of geography.

I’m freshly returned from a trip to Houston to work on professional Development with  CASIS.  Brian and I spent our days there teaching some of the basics of programming Arduino and using sensors and data logging in preparation for sending experiments to the International Space Station. 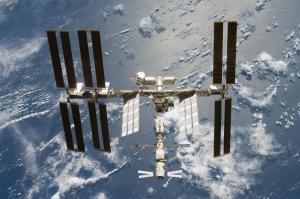 For the last several years we’ve been running programs with the NASA HUNCH program.

In working with NASA we made some great friends and had some great adventures. As a result of our time with HUNCH we were referred to the CASIS people and SparkFun has been chosen to  do development with CASIS and NDC.

This was a really action packed two days and the attendees in this group were  great to work with, we were very impressed by their ability to tackle difficult material at a really fast pace. SparkFun Education is moving towards a project based model for teaching and this workshop was no different. We didn’t do the standard lesson delivery, “Do this, then do this and finally this is what you should see.” Instead we worked from the idea that code based literacy is formed from being able to read code. If you think about how we teach language, we teach reading first. This is not the predominant approach we see code being taught by. The change that we’re trying to initiate is to introduce a chunk of simple code, teaching people to read the code line by line and then write companion code based on the inferences they arrive at from reading first.

This group of teachers grabbed the model and moved really well through the material. The larger goal of this workshop is to get teachers familiar with the Arduino hardware/software environment and to prepare them to use the Ardulab experiment platform.

It was eye-opening and very enjoyable to work with a new education model on cutting edge  technology and I feel like we learned as much as the teachers. All in all the two days was a great success and we are looking forward to future collaborations with CASIS and updates on the Ardulab project.